Ignite your wanderlust, plan your next adventure and take an online escape somewhere beautiful every week.
Sign up now to join our tribe of travel lovers.

This Christmas bliss ball recipe is really fun to make and the balls are infused with all the gorgeous flavours of the season – vanilla, cinnamon, ginger and orange. They are just like cute little Christmas puddings!  Christmas bliss balls make a great homemade gift and are so much healthier than most of the other sweet treats around at this time of year. They are perfect to enjoy in the afternoon with a cup of spicy chai tea and they keep really well in the fridge.

Put the pecans in the food processor and blend until finely chopped. Add the dates, sultanas, cinnamon, vanilla, ginger, all spice, salt and cocoa powder.

Grate the zest of the orange in to the food processor, and squeeze in the juice of half the orange. Blend everything together until the mixture has formed into one ball.

Remove the mixture and cut in to 12 equal pieces. Roll each piece in to a round ball and place on to a plate.

Spoon the coconut on to a small plate and roll the top of half the balls in this. Decorate with two goji berries and two pumpkin seeds on top of each like holly leaves!

Store in the fridge. 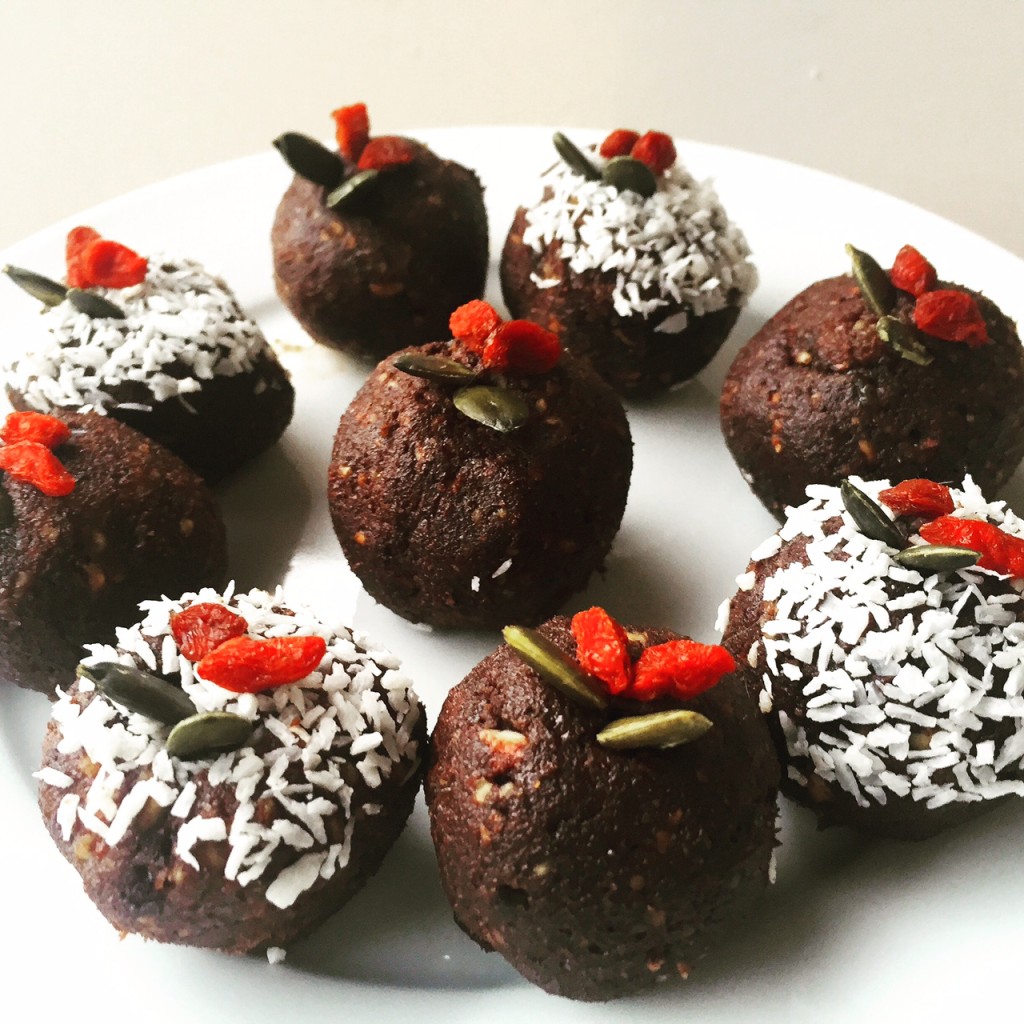 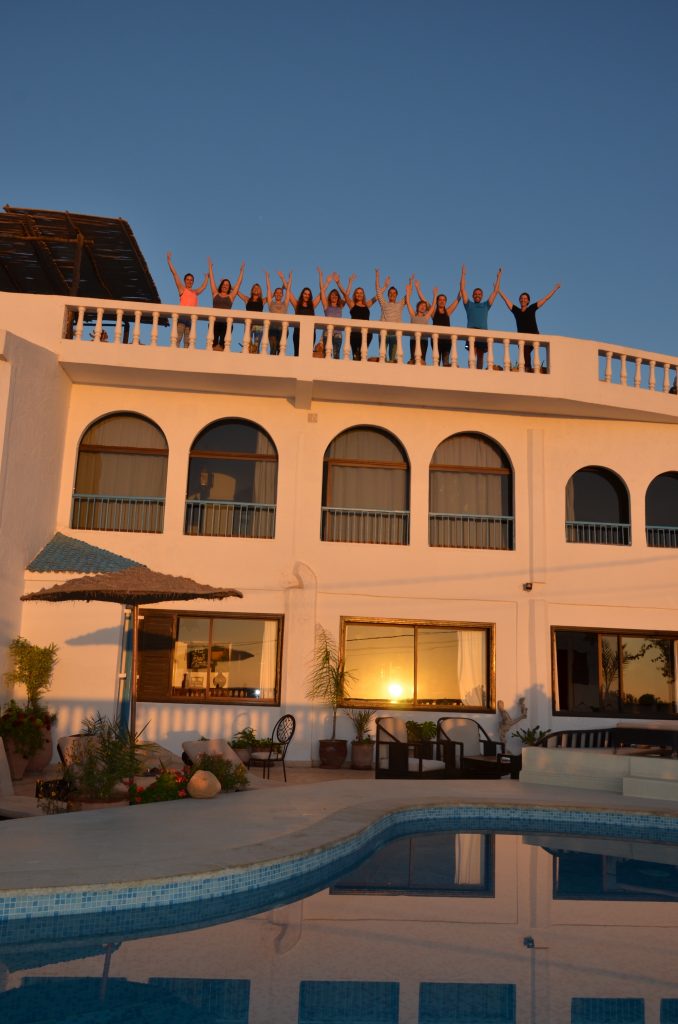